Not all techniques are the same when choosing a chiropractor to go to whether for a problem you’re having, or just for wellness care. Which ones are better? Why are they better? Which is the best for you? What do you like/dislike about the various techniques. Which have more research? Which get the best results the fastest? Are you looking for symptom relief or correction? Let’s dive in and see why torque release technique (TRT) is the best and most advanced out there. 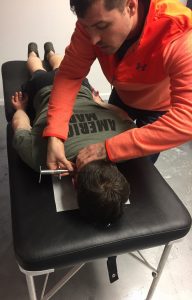 Torque Release Technique was originally developed as a research study to see if chiropractic helped to increase the quality of life and state of well being of those under care. The study originally was conducted around the The Brain Reward Cascade Theory. This theory dives into human microbiology in regards to dopamine receptors and influencing them in addicts. The study was tested upon people with addictions and was shown to help them beat those addictions by regulating their dopamine (feel good chemical) in the brain.

Because of this, TRT works great with people who suffer from chemical imbalances such as ADD, ADHD, anxiety, and depression. Read about these specific conditions in our other blog posts!

The research study was conducted to pull in as much information as possible in the beginning of what the most common misalignments of the spine were from practicing chiropractors around the country. Upon doing so, the protocol for which TRT is founded upon emerged. This is why it is one of the faster and still most accurate techniques. Through the research, the study tested and placed the most valid parts of each technique out there, bringing them all together. This includes leg checks and pressure checks (challenges) along the spine.

The integrator was developed as an instrument to allow inter-examiner reliability to stay the same. In other words, no matter who used it, the adjustment would be the same with the same amount of torque as well as pressure of 15 lbs per adjustment.  The integrator and the protocol are the essential pieces that make up the technique known as TRT.

How is it Different?

Although there are a few other techniques that utilize instruments, TRT is the most advanced when it comes to them. Most other instruments will fire off at 1/3000 of a seconds whereas the integrator does so at 1/10,000 of a second. That’s more than 3x faster, therefore 3x more gentle. that with the addition of torque to either clockwise or counterclockwise rotation, allows it to be the most specific instrument and technique in the chiropractic world today!

Compare this technique to manual adjustments, there is a vast difference. For those who hate the twisting, cracking, and popping, this is the place for you. It takes a certain amount of force to move a bone. F(force) = M(mass) x A(acceleration). So you can either use a lot of mass as with a manual adjustment. Or, You can use a tremendous amount of acceleration and get the same result rather than moving every single bone in the region.

because of the specificity and how gentle the technique is, the results are longer lasting. In your spine, you have what are called primary misalignments. Each primary gives rise to up to 10 secondary which is where you feel pain at 90% of the time. TRT is designed to find the primaries only, therefore allowing the body to actually get better with each adjustment. Dr. Alex at Awaken Chiropractic is advance certified in the technique in order to give the best care possible to his patients, so they can get better, faster. No other technique out there will do that. TRT is the most advanced technique in the chiropractic world today. 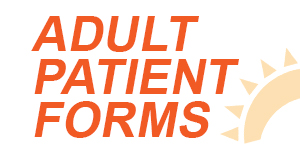 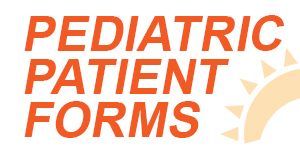